back to home page

On 12/23/2004 Mike Veltri wrote to say he had found an unusual picture, a satellite photograph of St. Norbert Church and School. That in itself wasn't unusual but this picture caught an aircraft making its approach into nearby Detroit Metro Airport. Those of us living in Inkster and its environs knew well that we were on the flight path into one of the more busy airports in the country. It could be very noisy on occasion. But it is quite unusual to actually capture this event over one of our treasured memories.

The photo was stored on the servers of what was known at the time as Terraserver-USA, now simply called "terraserver.com". I just noticed that the link for the image is no longer active. Fortunately I had made a copy at the time and have now reposted the photo for everyone's pleasure. 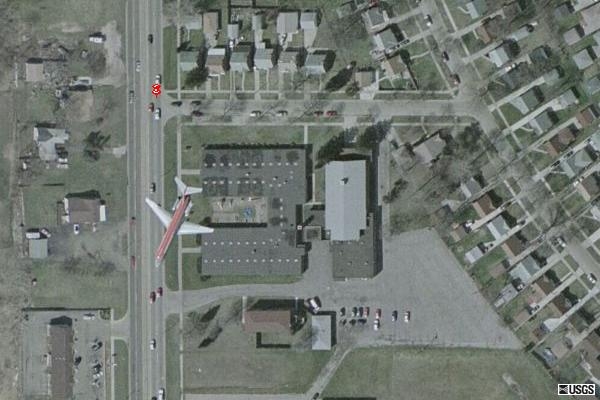