Racial tolerance is touted in Inkster, Michigan during the turbulent 1950s America in this article featured in the Thursday edition of the Detroit News on July 18, 1957. I received a photo copy of the story from one of our contributors many years ago, I can't recall who (hopefully they will let me know, the webmaster <webmaster@stnorberts.com>), and I haven't been able to accommodate it to a web page until now. It is a fascinating story for the Detroit News to publish considering the widespread systemic racism in America (then and today), which would culminate just ten years later in the Detroit Race Riots of 1967. I will just post this article without comment as people have their own experiences of life during the sixties and seventies.

Here is a larger (16.8 MB) version of the file which is easier to read. 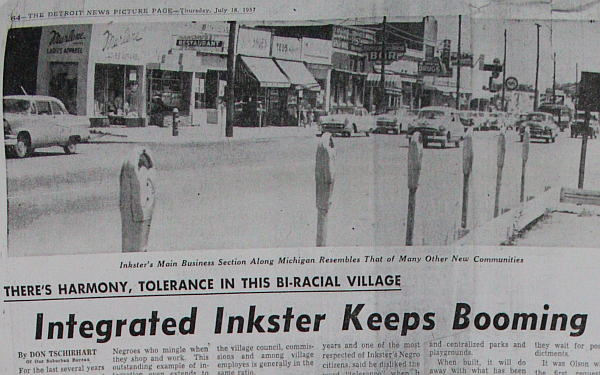