David Brzezinski advises us: "My band, the Six Foot Poles, are kicking off our Summer with a big show in Saline this Friday. Friday, June 18, 2010, Saline Summer Music Series Downtown Concert S. Ann Arbor Street between Michigan Ave. and Henry St. Saline, Michigan 7:00 - 9:00 p.m. Free! Bring your lawn chairs and enjoy the street scene in downtown Saline We also have lots of other shows this Summer, including a charity car show in Westland June 28 and the Michigan Avenue Cruise in July.

Check them out on our web site: SixFootPoles.com

Thanks, David Brzezinski (the guitar player)

It may be late for putting up a notice, but St. Norbert alums David, Mark and Mathew Brzezinski are performing in concert (The Six Foot Poles) in Ann Arbor, Michigan, on Saturday night:
Saturday, February 2, 2008
8:00 p.m. - Midnight

Also check out our MySpace page with music and pictures. 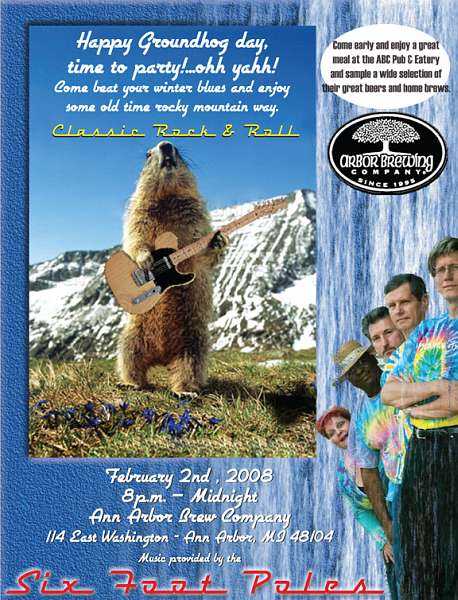